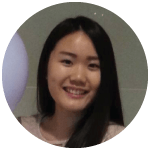 “First and foremost, I just want to say that I immensely appreciate all of the support and help that I had received from the team at DATCrusher during my preparation for the exam! All of the practise tests were challenging enough, and if anything, it overprepared me so that I felt confident walking in and out of the exam. Even though only a sample of the reading comprehension was released, I felt it was a pretty good representation and I feel so lucky to had gone over it before the exam. The level of difficulty of the passage as well as the length of it was spot on.

However, what made DATCrusher so unique was that sincerity and genuineness I felt from all of you. The emails and soap evaluations I received, as well as the public messages posted on the website, were always filled with such kind and encouraging words. It felt like I was being treated not as just another one of the many members of DATCrusher, but that I was being cheered on as a friend. I hope you guys will keep this up! I really admire the team’s dedication and hard work. Overall, DATCrusher was an awesome and essential resource in my preparation for the DAT. The moderators had always put in so much effort in everything and had been so supportive— I honestly really appreciate it!”